This article describes how our intelligent moisture alarm system protects you from leakages and other undesirable moisture-related conditions by making sure they don't go undetected, and how a customized moisture alarm can be tailor-made to notify you in any given scenario.

By receiving notifications from moisture alarms you become aware of any increase in moisture before they become critical, hence preventing damages from developing in your building.

In order for the alarm system to work properly, the sensors must be set up correctly. If this hasn't been done yet you can read about how to in the article Setting up sensors.

What is an intelligent moisture alarm?

A moisture alarm is a notification from Woodsense, that is sent to you by email or text message depending on your preferences, and is related to a given moisture sensor.

The notification is sent if our alarm system has detected any irregularities, which should be looked into. The notification always contains a description of the given situation hence indicating what the situation looks like.

What type of moisture alarms exists?

Our alarm system is flexible and can be tailored to your specific needs. On the platform we distinguish between:

Built-in alarms are alarms we have defined in advance, which by default are activated for any sensor after being set up, unless anything else has been agreed upon. These alarms include:

All alarms can be activated or deactivated at any time for each individual sensor.

Custom alarms can be tailored to most scenarios by defining a set of alarm criteria, all of which must be met before an alarm is sent. An alarm criterion is defined as in the image below by choosing a parameter, an operator and a value.

In addition, a moisture alarm can also be marked as time-restricted hence making it active of a given period only, and furthermore a criterion can be marked as a delayed criterion.

What parameters can be used?

An alarm criterion can basically use all parameters that are available on the platform and that the sensor supports. These include:

* Precipitation can be both rain and snow.

What operators can be used?

An alarm criterion can have two types of operators:

The options are seen in the image below:

Alarms can be marked as time-restricted by either:

Below an example of an alarm restricted to a given period can be seen:

Finally you can choose to repeat the period every year, if you for an example would like the given alarm rule to be active every winter or summer.

In some cases, it is not critical to simply exceed a certain level for a measurement, but if the measurement remains above the specified level without returning to the previous level, it can be critical. In this case the delayed criteria can be used to check whether one given parameter returns to its expected level again, or whether it remains at the critical level.

Below is shown an example where a moisture alarm will be sent if the wood moisture exceeds 20% and does not return to below 20% again within a week:

How to activate alarm rules for sensors

Since you don't necessarily want to use the defined alarm rules across all of your sensors at once, it is necessary to activate the alarm rule for the relevant sensors before it will be active. This can be done in several ways:

Under details on the sensor page, there is a list of all alarm rules, where they can be activated or deactivated for the given sensor:

Like-wise under details on the group page there is a similar list. Note that activation or deactivation on this page, however, applies to all sensors in that group.

Here you can easily add or remove sensors from the list thus activating or deactivating the given alarm rule for the sensors.

This section shows a few examples of how to use the custom alarms to detect specific moisture scenarios.

To allow sporadic increases in moisture in exposed areas but still ensure that the moisture does not remain too high, an alarm rule can be defined as follows:

In this case the alarm is triggered if the wood moisture exceeds 20% and doesn't fall below 20% again after 7 days. The threshold value and the delay can of course be adapted to the given situation.

Get notified when the wood is dry enough

If a part of a building cannot be closed during construction before the wood has reached a certain acceptably low level, an alarm rule such as the following can be used:

In this case the alarm is triggered as soon as the wood moisture has dropped to the acceptable level.

Get notified when a cloudburst hits

Cloudbursts during construction can be something you need to pay extra attention to, as the site and the construction are exposed to large amounts of rain in a short amount of time hence causing a risk of moisture in the construction. Therefore, it may be useful to be notified when this happens so that you can check any exposed areas. The following alarm rule is one way this can be achieved:

Note that the amount of precipitation is stated in number of mm per hour, hence this specific alarm rule is not 100% aligned with the definition of a cloudburst in Denmark.

However, the alarm will still be a sign of large amounts of rainfall that you should check to ensure that your building doesn't reach critical moisture levels in any exposed areas potentially developing a moisture damage down the road.

We detect all irregularities

In addition to the built-in and custom alarms described above, we have an internal monitoring system that, using statistical models and artificial intelligence, monitors all sensors in our system and notifies us internally in Woodsense as soon as any irregularities in the measurements are detected. This way, we can assure you that you will be notified if any critical conditions are to arise.

If you would like to know more about how our moisture alarm system works you are more than welcome to contact us. 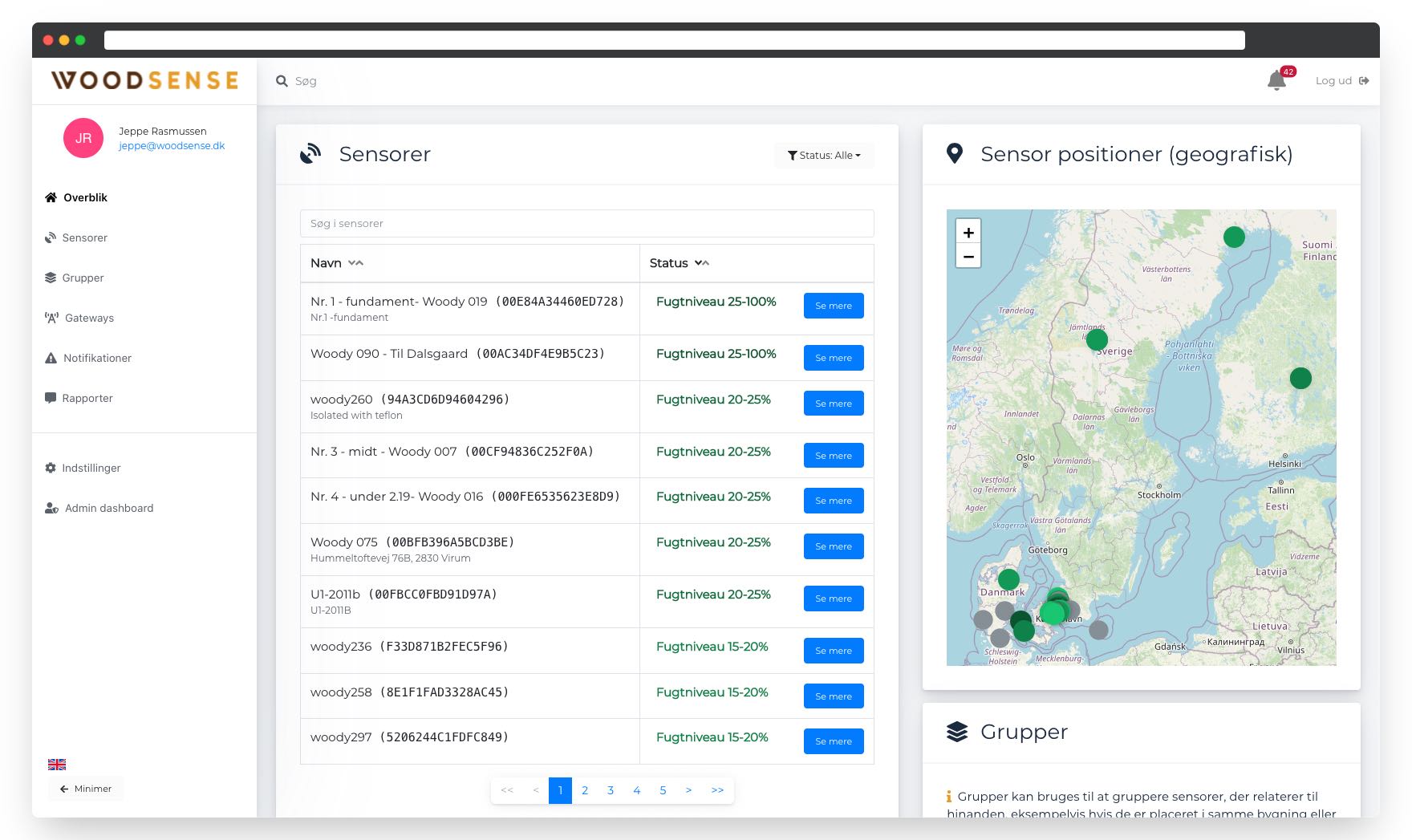 Here, you can find information about the platform's report, alarm and overview features. 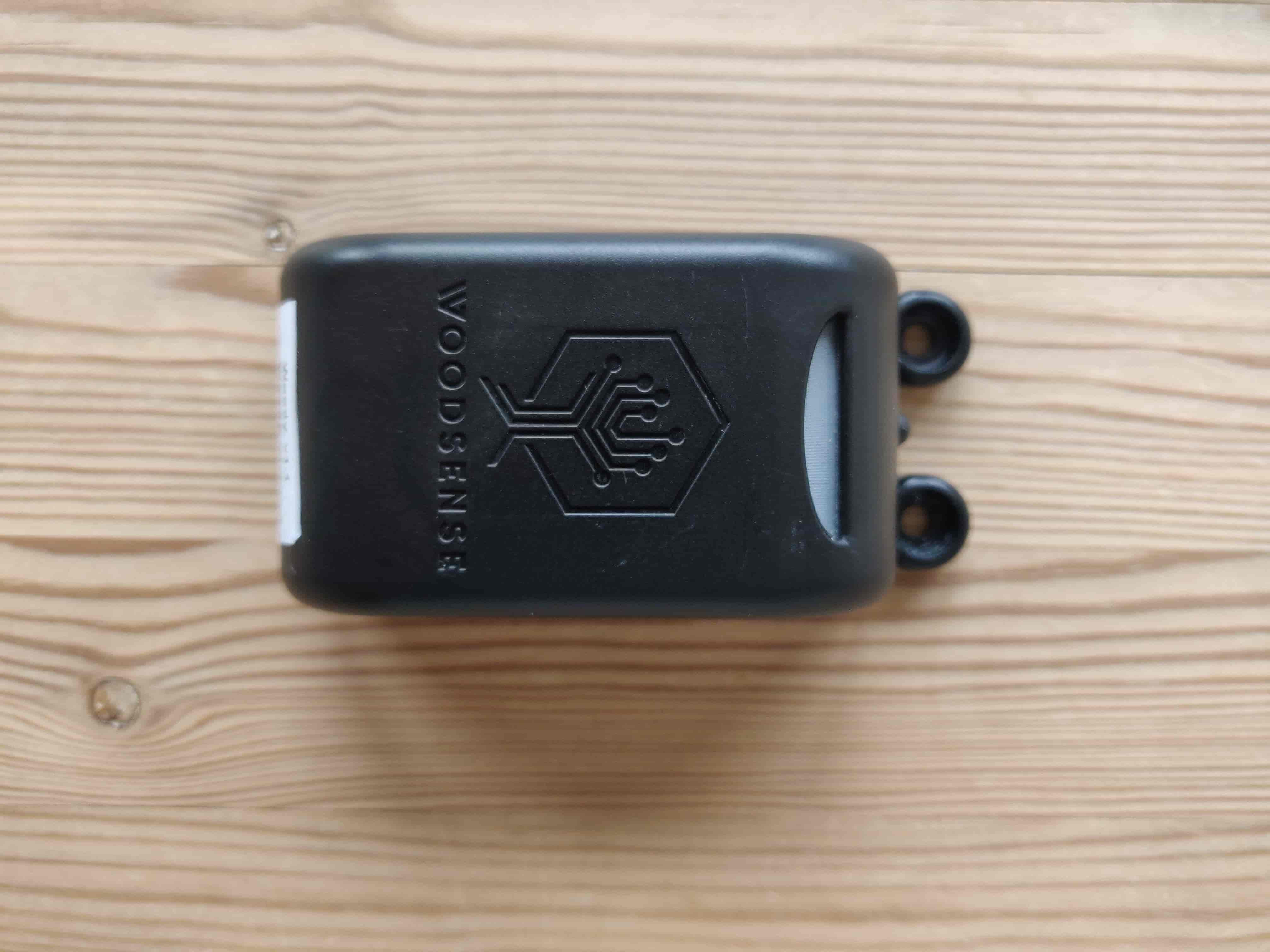 Easy and fast setup guide for sensors, so you can begin monitoring the moisture content with the solution within a few minutes. 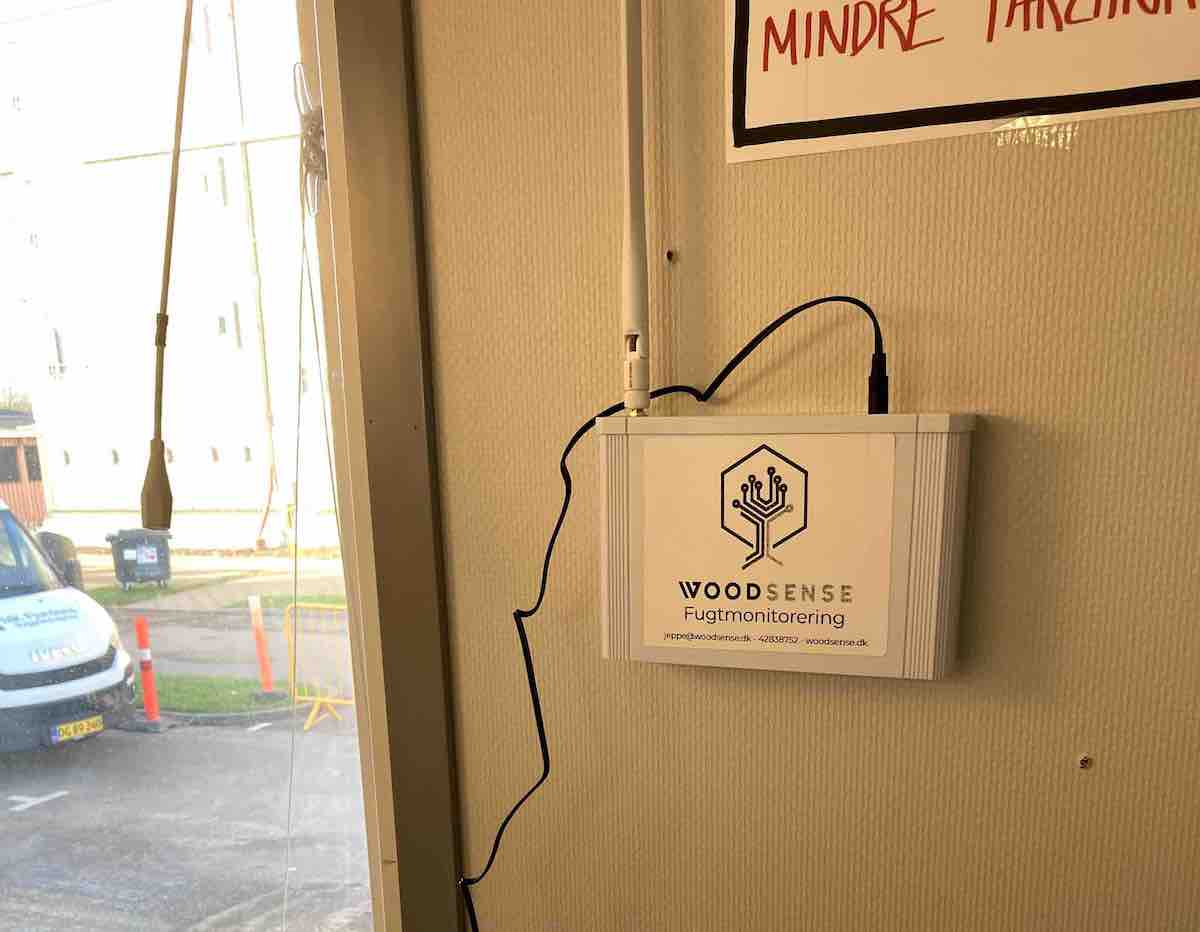