Kruse Smith has chosen to use Woodsense wireless moisture sensor in the mass timber construction to gain knowledge and experience for future construction projects: 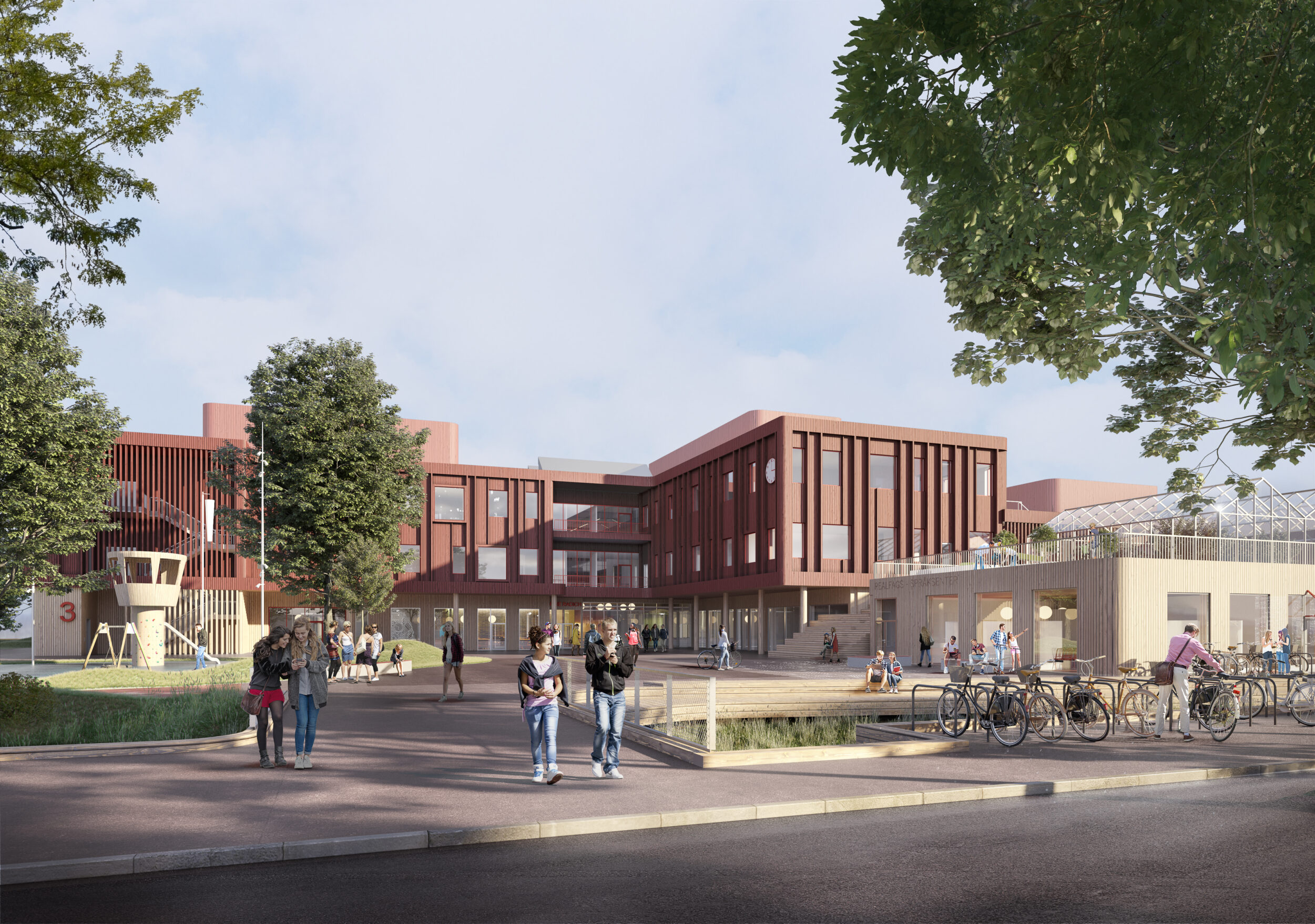 The leading Norwegian project developer and contractor, Kruse Smith, is currently building a new 12.000 m2 school in mass timber for the municipality of Lillestrom.

The project was erected exposed without any scaffolding, which is the norm in Norway. Despite contractors not being worried constructing without a complete site cover, then professional contractors and building owners know that they still have to be proactive about moisture management.

The contractor had areas of the building they were more worried about than others. Historically have there been many problems with keeping an eye on the quality of subcontractors work. It demands a lot of ressources from the main contractor and it's not always possible to still ensure the quality.

The contractor had also been challenged by the building owner about different design choices in the construction where they believed moisture could be a problem. That was around a specific window solution, a horizontal timber slab for a balcony that would be exposed during the construction and the use of vapor barriors, to name a few.

The contractor had the choice of either spending all of their time doing manual moisture checks with a handheld moisture meter or replace it with an automatic solution. 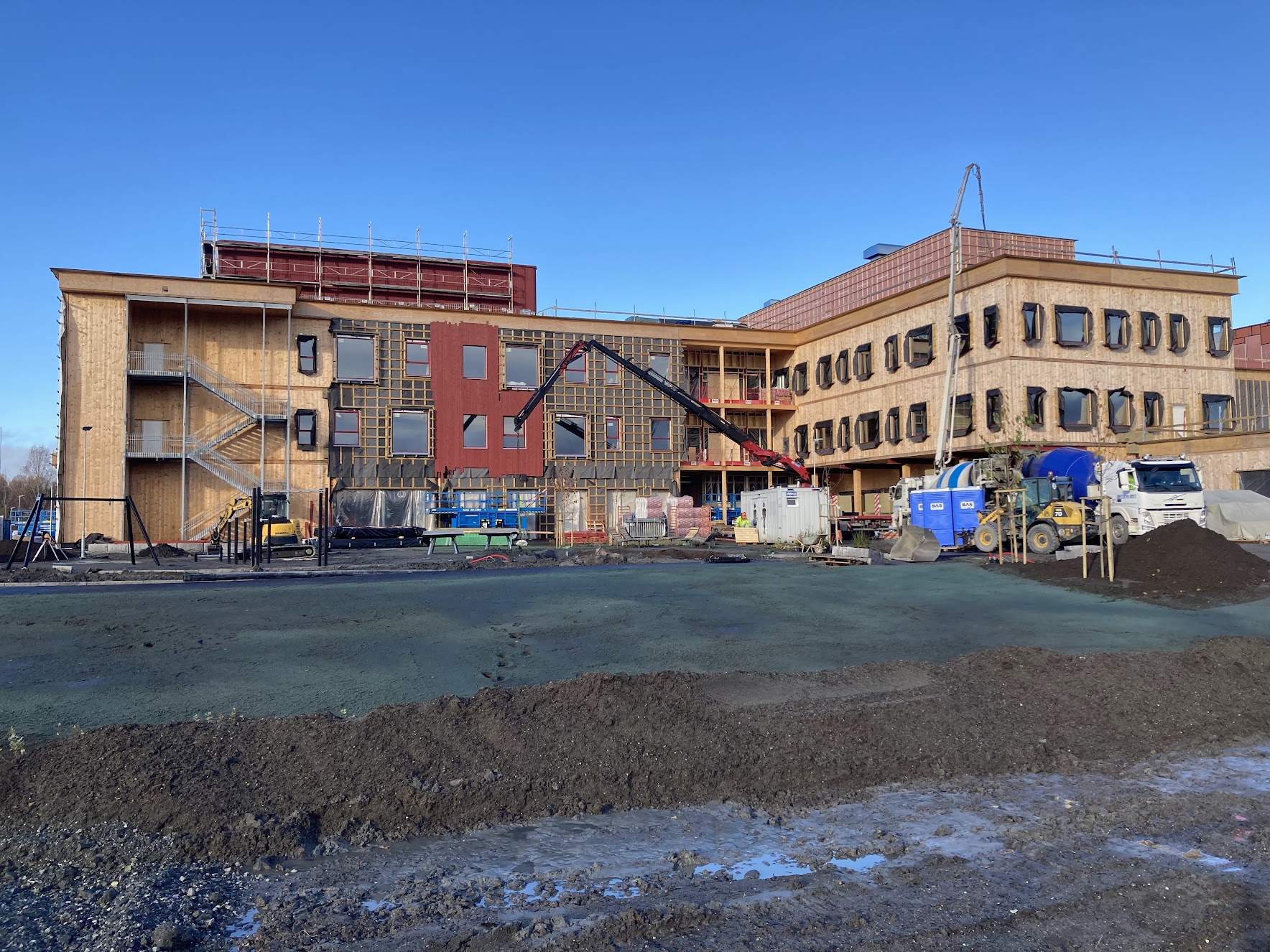 Kruse Smith has chosen to use Woodsense wireless moisture sensor in the mass timber construction to gain knowledge and experience for future construction projects.

“We have placed the sensors in exposed areas where we knew there was an increased risk of moisture based on the physique of the building and that condensation can also form in the construction,” - Raymon Finstad, project engineer at Kruse Smith.

The sensors are placed against the edge of the roof to ensure proper roofing, under windows on roofs, and on various facades to monitor the difference in facadas that are facing north, south, east and west.

Sensor detected fault with roofing
A sensor was placed in the roof construction to keep an eye on holes in the roof felt. Here, the sensor found a mistake made by the roofer which the developer was notified of by the intelligent moisture alarm:‍

“The damage that occurred was on the roof, where we had chosen to place a sensor. Water entered the construction due to the roofer not having completed the covering, which resulted in the moisture rising to more than 30 %, and we consequently got an alarm from the sensor. When we opened, we managed to decrease the moisture level to 22 %.” - Raymond Finstad.

Raymond Finstad explains that by having the sensors placed after the damage, they are able to see that the moisture level has not stopped at 22 % and is not drying out further. This provides them with useful information that they will have to take further action to further decrease the moisture level.

Several sensors will now remain on the roof, so that the developer can subsequently ensure that the green roof laid on top lasts as expected, and that the drain likewise works as intended.

“Had we not had the sensor placed, we would not have found the moisture,” - Raymond Finstad.

Had the sensor not found the damage on the roof, it would have led to a much more extensive repair. The contractor will therefore recommend all roofers to use the sensors in their own quality assurance and resell the advantage that the sensor gives the developer, Daniel Nilstun, construction manager at Kruse Smith, explains:

“We have received positive feedback from the developers on the placement of the sensors in the construction because we can see that we have a better control of the moisture throughout the construction.”

Potential in moisture measurement with sensor‍

Elsewhere on the construction site, a sensor was placed where a tarp was used to keep water from entering while they awaited extra material to cover the area. Through the sensor, they have discovered that water did enter the construction, which has created transparency among construction actors about when and how much water the areas have been exposed to.

Had Kruse Smith involved Woodsense earlier in the construction, they would also, among other things, have placed sensors at a window solution where the developer had concerns. The window solution had been pushed out from the outer wall, and there had been discussions about where the condensation could be expected. Daniel Nilstun also sees great potential in the sensor when it comes to proving discussions on building physics:

“The industry builds a great deal, although we actually have very little knowledge. Ever since the advent of the vapor barrier, there have been many challenges. Here, a tool like the one from Woodsense can be incredibly useful in addition to the valuable in capturing potential damages through changes in the wood moisture content both continuously and after the construction has been put into use.”

With the sensors, it is possible to measure the moisture content in wood, keep an eye on particularly exposed risk areas and thus take a preventative approach to potential damages both on construction site and maintenance. Therefore, the moisture sensor is recommended for actors in the construction industry when documenting correct moisture management.

Hear what the contractor had to say

Hear what the building owner had to say

Hear what the advisor had to say

Highlighted contractors we have helped

Highlighted advisors we have helped 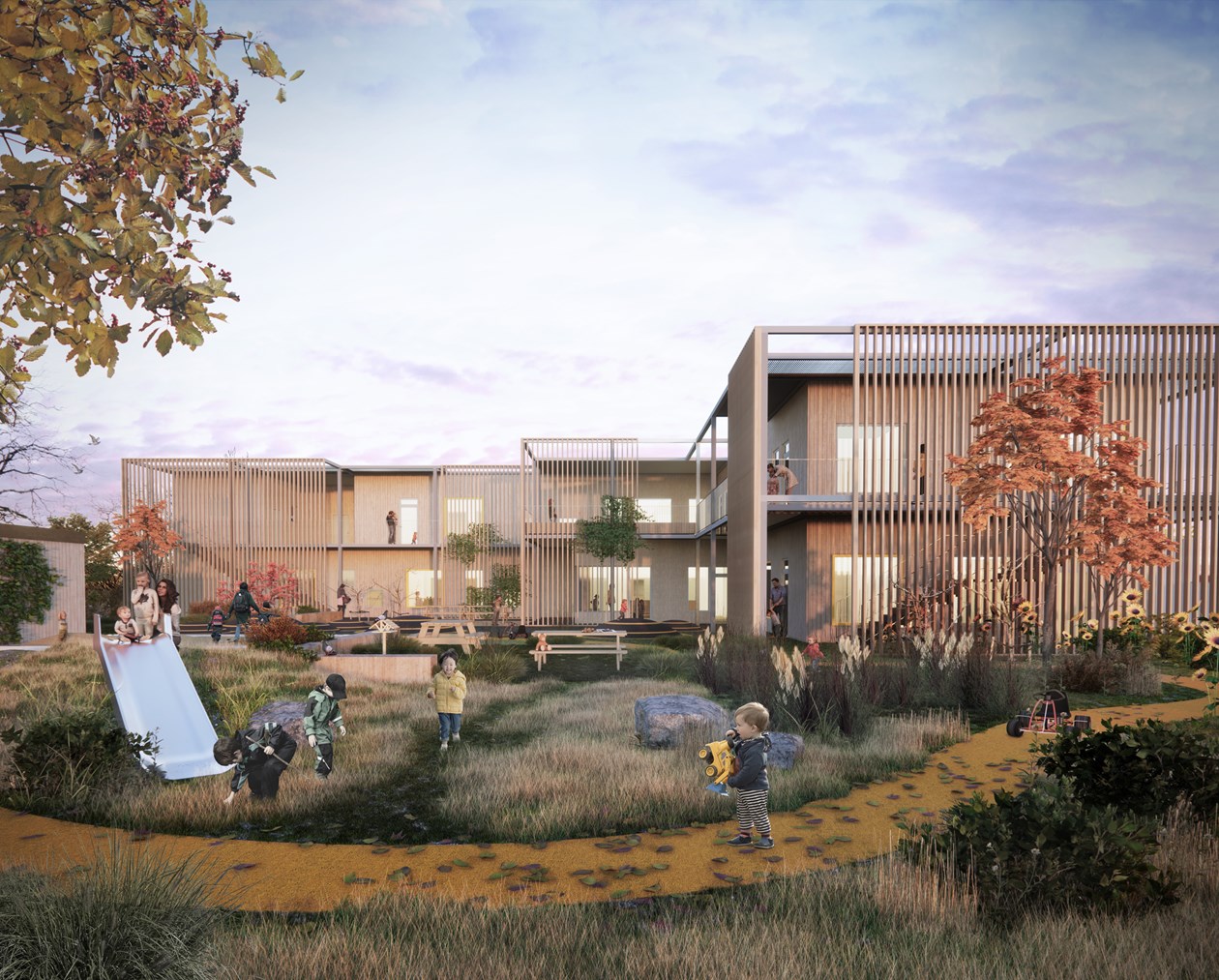 Building of CLT monitored with sensors to ensure quality

Contact us with any inquiry or support need you might have. We strive to get back to you within 24 hours to help you the best we can.